The Vaasa Brage Lucia tradition is one of the oldest in Finland. As early as 1936 the then 15-year-old Anita Brander was crowned the first Lucia of Brage. 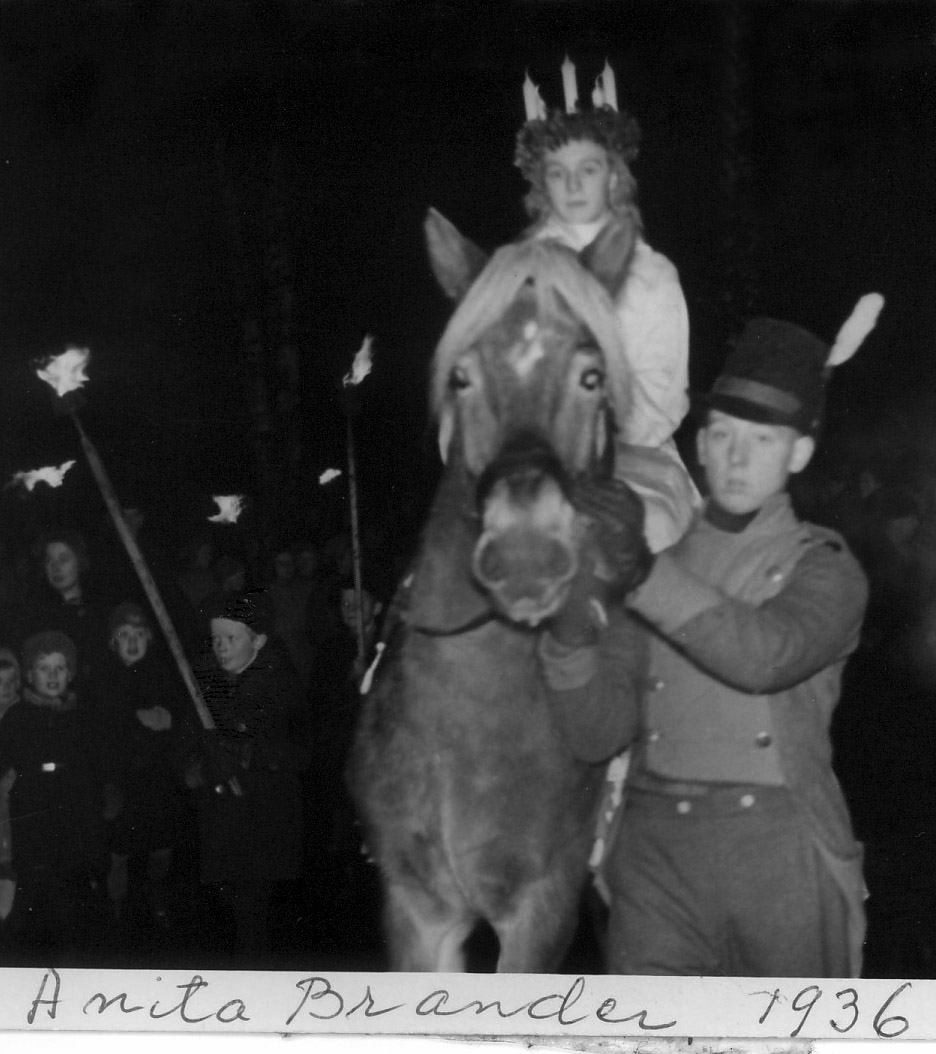 Riding on horseback and with a traind of attendants carrying torches and lanterns, as well as a group of "country people", she travelled through the town streets. This ceremony, much the way it was planned 80 years ago, has not changed much over the years and is as popular today as it was then. As far as we know, the Brage Lucia Anita Brander was the first to act officially outdoors.

The Brage Lucia is crowned in the Vaasa Trinity church in the morning of December 13, Saint Lucia's Day. In the evening she rides through the city streets to the Town Hall, where the welcoming ceremonies take place. Surrounded by her procession, she is greeted through speech, music and choir song from the balcony of the Town Hall, after which the audience moves on inside where young and old are tempted to have a dance round the Christmans tree with Lucia and her maids. The Lucia arrangements are done on a voluntary basis and entry is free to all the events.

One important part of the Lucia celebrations is the traditional visits to hospitals and retirement homes. During one day, Lucia and her maids travel round to different institutions, singing and spreading joy. 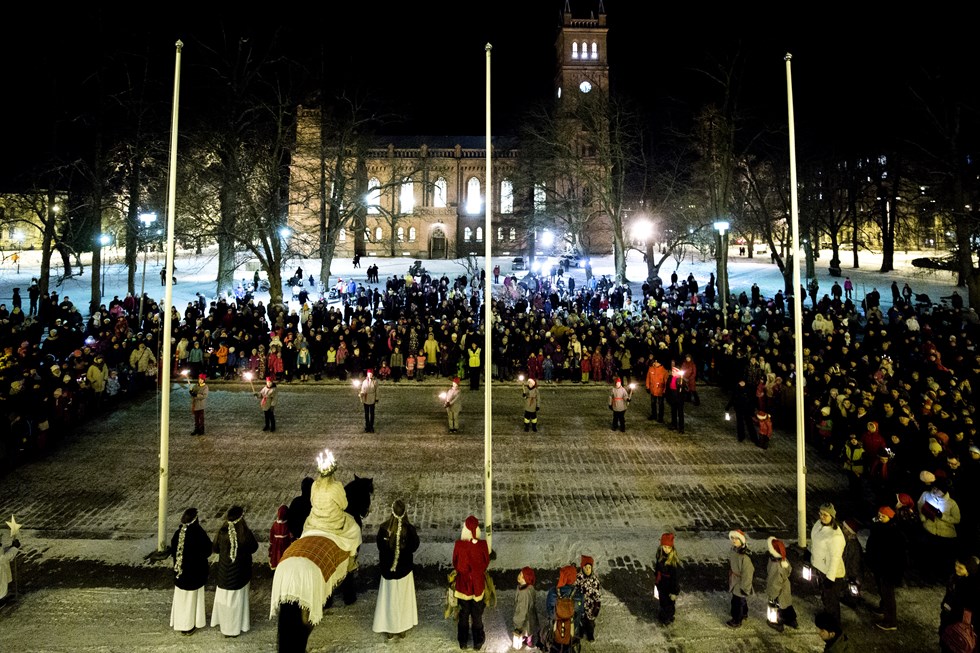 Lucia celebrations outside the Town Hall in 2017.